Winners of the Holocaust Writing, Art, & Film Contest announced! Thank you to everyone who entered!  See the winners! 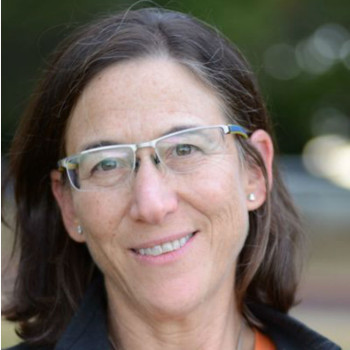 Karen Treiger shares the survival story of her mother- and father-in-law, Esther and Sam Goldberg. Karen knew that they had amazing stories of survival, but she wanted to fully understand their struggles and experiences and began to research their stories.

Esther and Sam both grew up in Poland prior to the outbreak of World War II. Sam was drafted into the Soviet Army and imprisoned in a German POW Camp. He escaped, but was eventually deported to the Nazi death camp Treblinka. In 1943, Sam escaped from Treblinka and found safety in a nearby forest, where he met Esther. Esther had already established a hiding place there after fleeing Stozeck, Poland.

Esther and Sam survived in hiding with the help of the non-Jewish Stys families. After the birth of their first child and several years in displaced persons camps, the Goldbergs came to the United States in 1949.

Karen Treiger's award-winning book, My Soul is Filled with Joy:  A Holocaust Story, details the story of the Goldbergs and her own journey in uncovering this history. She is a lawyer and has four adult children with her husband – Sam and Esther’s son – and resides in Seattle. 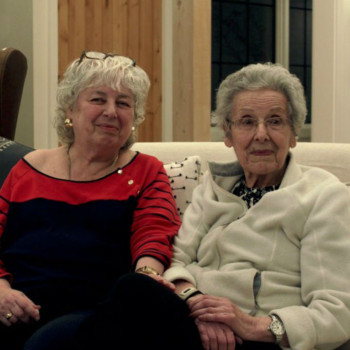 After World War II began, Ada’s father planned for the family to escape Holland. He bribed officials to help them escape, but the family was betrayed. They were sent to a prison in Berlin, and then deported to Auschwitz in 1943. While in Auschwitz, Ada was assigned to work in the Nazis laundry room. In 1945 the Nazis forced Ada and the other remaining prisoners to evacuate Auschwitz in order to keep the prisoners from falling into the hands of the All ies. These evacuations became known as "death marches" because of the brutal conditions. She was liberated at Ravensbrück Concentration Camp and taken to Sweden to recover.

Ine is fluent in a number of languages. She works as a conference interpreter, and has taught translation and inter pretation at various colleges. In 2019, Ine began presenting the story of her mother’s Holocaust survival as a Legacy Speaker with the Holocaust Center for Humanity, utilizing video testimony, photos, maps, and other primary source documents. 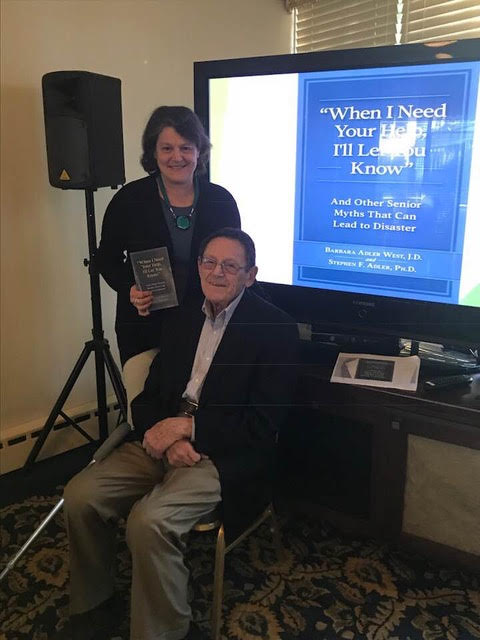 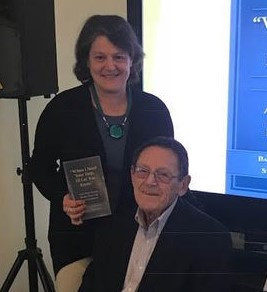 Barbara is the daughter of Holocaust survivor Steve Adler. She assisted her father in telling his story , and after he passed away in 2019, Barbara decided to continue his legacy.

Steve was born in Berlin, Germany in 1930, the younger son in a middle-class, Jewish family. In 1937, Steve’s mother, fearing for his safety due to anti-Jewish laws, enrolled Steve in a private Jewish school. The following year, the SS and Gestapo arrested more than 30,000 Jewish males during Kristallnacht. One of them was Steve’s own father Alfred. On November 10th, 1938, he was taken to Sachsenhausen concentration camp, where he was held prisoner for six weeks before his release on December 23.

Conditions for Jews continued to deteriorate. In January 1939, the Nazi government required all Jews to carry identity cards revealing their heritage, and danger became much more immediate for the Adlers. That March, Steve’s parents sent him alone to Hamburg to join a Kindertransport (children’s transport) going to England by ship. Kindertransports were organized with British government sanction, giving refuge to approximately 10,000 Jewish children from Germany, Austria and Czechoslovakia – not their parents. Steve arrived in London knowing only one sentence in English. During the war’s intense bombings, Steve was evacuated to a small English town with his classmates.

Unlike most other Kindertransport children, Steve was reunited with both his parents. In spring of 1940, Steve’s brother Ralph and their mother Ilse met Steve in London. His father joined them in the fall, and they then traveled by ship for twelve days across the Atlantic, settling with relatives in Chicago.

After many years in Illinois and Connecticut, in 1999 Steve and his wife Judy, moved to Seattle to be near Barbara and her two children. Steve was an active and beloved member of Holocaust Center for Humanity Speakers Bureau for two decades.

Barbara is an attorney, a mother, and recently started a non-profit organization to help folks in need with elder law. She is also the co-author, with Steve, of a 2017 book about families and aging, “When I Need Your Help I’ll Let You Know.” Barbara is very proud to share her father’s story as a Legacy Speaker in the Center’s Speakers Bureau. 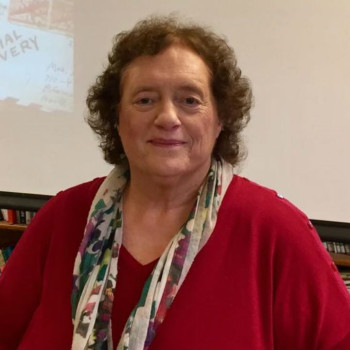 Clarice Wilsey, daughter of Army physici an Captain David Wilsey, M.D. who was one of 27 doctors who entered Dachau concentration camp at liberation, shares her father's story.

Clarice Wilsey, M.A., was a university faculty member and administrator for 45 years. She is now retired to spend more time reminding audiences to “never forget ,” and is a member of the Holocaust Center for Humanity Speakers Bureau.  In early 2020 Clarice and co-author Bob Welch published a memoir, Letters from Dachau: A Father's Witness of War, a Daughter's Dream of Peace.  Find and order the book from Barnes and Noble or Amazon.