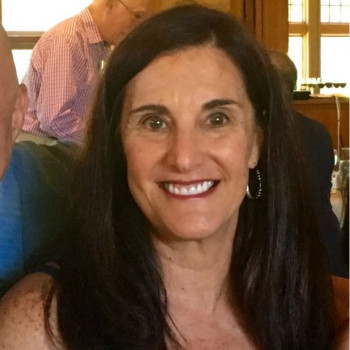 Randee Kissinger's mother was a cousin of Vera Frank Federman's husband.  Vera was born June 27, 1924. She grew up in Debrecen, Hungary as an only child, but with a large extended family. She studied both English and German and graduated from a girls’ high school.

As a relative of Vera’s husband, Randee was always interested in Vera’s story . After Vera passed away, Randee decided that she wanted to tell her cousin’s story to students in the Pacific Northwest. Utilizing two testimonies by Vera at the Holocaust Center, Randee and the Center worked to develop a presentation using Vera’s video clips. Randee is currently a teacher at Maywood Middle School in Renton, WA where she teaches the Holocaust. She became a member of the Speakers Bureau in 2018.