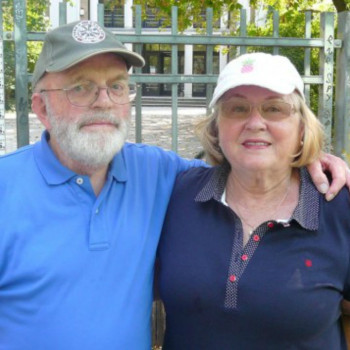 In 1947, two years after the end of WWII, the family arrived as non-Englis h speaking refugees, in San Francisco. The Hebrew Immigrant Aid Society (HIAS), helped the Haas family to come to America. First they settled in Portland Oregon, then Centralia Washington, and, finally, in Tacoma Washington.

Kate, Henry ’s wife, born and brought up near London, England, came to Tacoma at age nineteen for a visit and stayed. Kate Haas has written the Haas family story in great detail. Together, Henry and Kate, with the use of photos, maps, and historic family documents, tell the story. Henry and his late mother Gerda, who live d to age 98, told this story for many years to school classes and other groups in the Tacoma area. Now, Henry has joined the speaker’s bureau to further share this memoir of anti-Semitism, during the Holocaust.