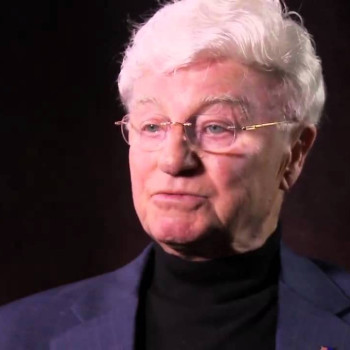 Henry Friedman was born in 1928 to a Jewish family in Brody, Poland (present-day Ukraine). When the Nazis invaded Brody in 1941, they swiftly deprived Jews of their basic rights. One day in February 1942, a young woman named Julia Symchuck ran to the Friedman’s house and warned Henry's father that the Gestapo was coming for him. Thanks to Julia, Henry’s father was able to flee. In the fall of 1942, the Nazis forced the remaining Jews in the area into a ghetto in Brody. Henry, his mother, his younger brother, and their female teacher hid in a barn owned by Julia Symchuck's parents. The Friedmans remained in hiding for 18 months, freezing and slowly starving as food became scarce. Finally, in March 1944 they were liberated by the Russians. Julia Symchuck was later recognized as Righteous Among the Nations.

Henry helped found the Holocaust Center for Humanity in 1989 and is an active member of the Speakers Bureau.

"When I was in hiding, I feared I would be the only Jew who survived. A terrible empty feeling came over me at the loss of so many cousins, and I felt as though I were standing all alone in a huge stadium." - Henry Friedman