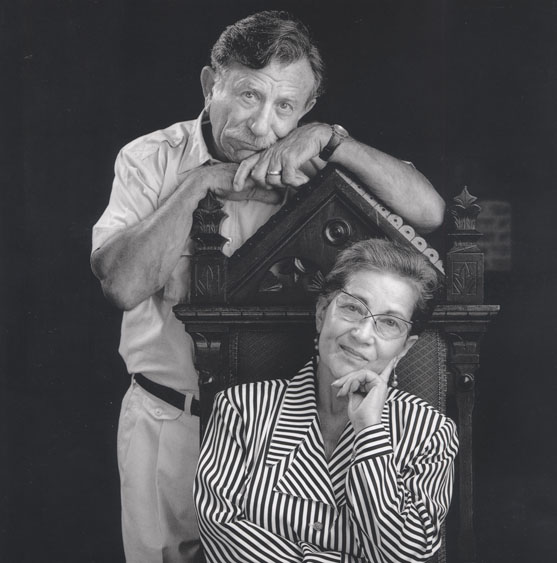 In August 1939, Ed Kaye was preparing to travel from his home in Pruzhany, Poland, to Palestine for university studies. He abandoned his plans when Hitler’s army invaded Poland on September 1.

In the years that followed, Ed and his family endured occupation by Communist Russians and persecution by Nazi Germans. Ed escaped to the forests and joined a group of organized guerrilla fighters, known as partisans, to fight the Nazis. During World War II, 10,000 to 20,000 Jews escaped from Nazi ghettos and camps to form or join partisan groups that resisted the Germans. 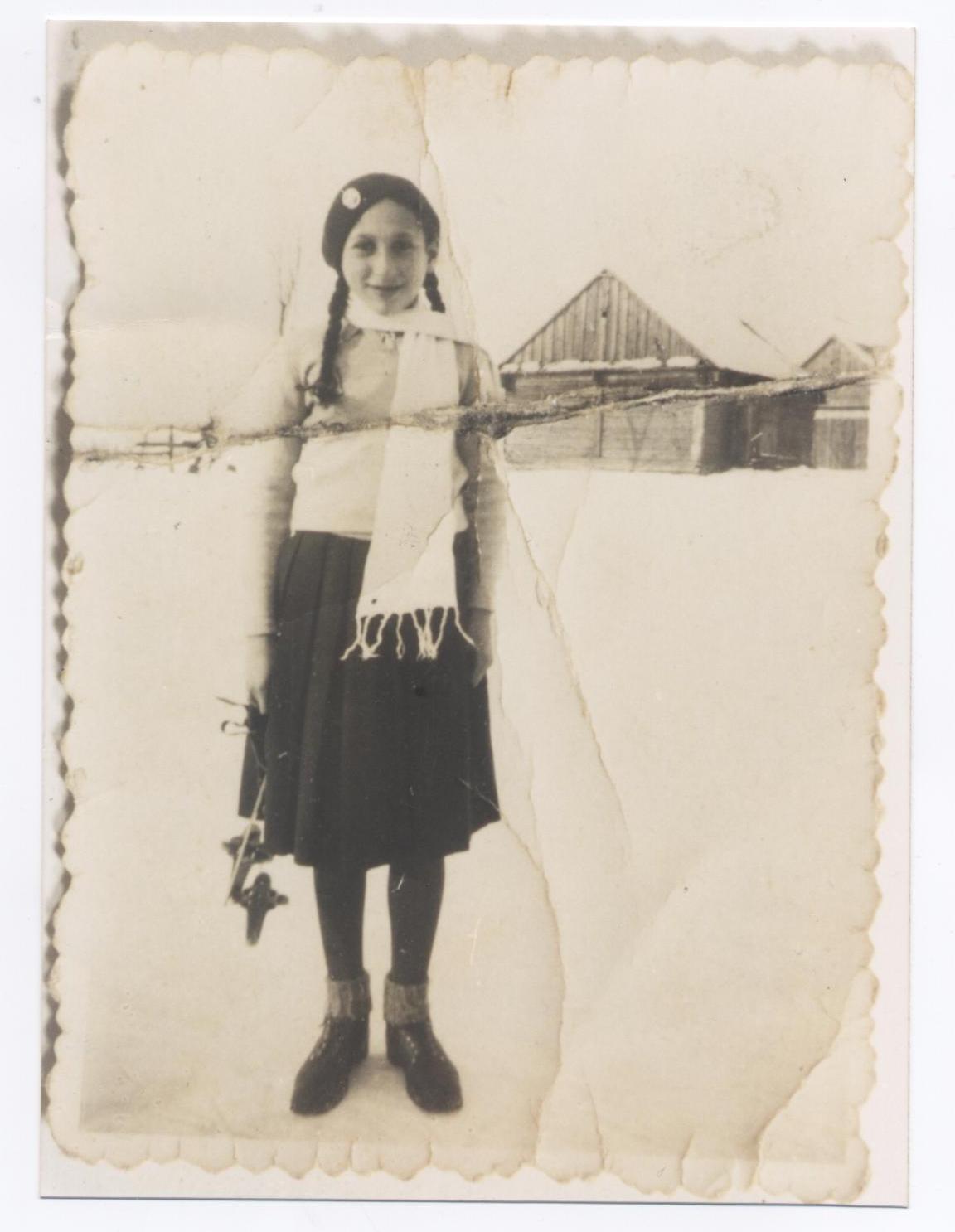 Ed was born Mendel Kaganowicz on February 18, 1921. His parents, Meyer and Laya (nee Goldberg) Kaganowicz, had three children. They lived in Pruzhany, Poland (Belarus today), a small town with a large Jewish population. Ed’s family had lived in the area since the 1400’s. His father owned a lumber yard and his mother stayed home to raise the children.

In September of 1941, the Nazis established a ghetto. Ed and his family were among approximately 10,000 Jews from Pruzhany and nearby communities forced into an area less than one square mile. Ed joined a Jewish resistance group in the ghetto. On work assignments outside the ghetto, they stole weapons and ammunition left by the retreating Soviet Army and stockpiled them for future use.

Ed escaped the ghetto with a group of 18 men and women. They crawled into a drainage ditch and slid under the barbed wire of the ghetto fence. After waiting for the guard above the ditch to leave, they carefully made their way across a frozen lake and through the town to the forest beyond. On January 28, 1943, shortly after his escape, deportations from the Pruzhany ghetto to Auschwitz-Birkenau began. 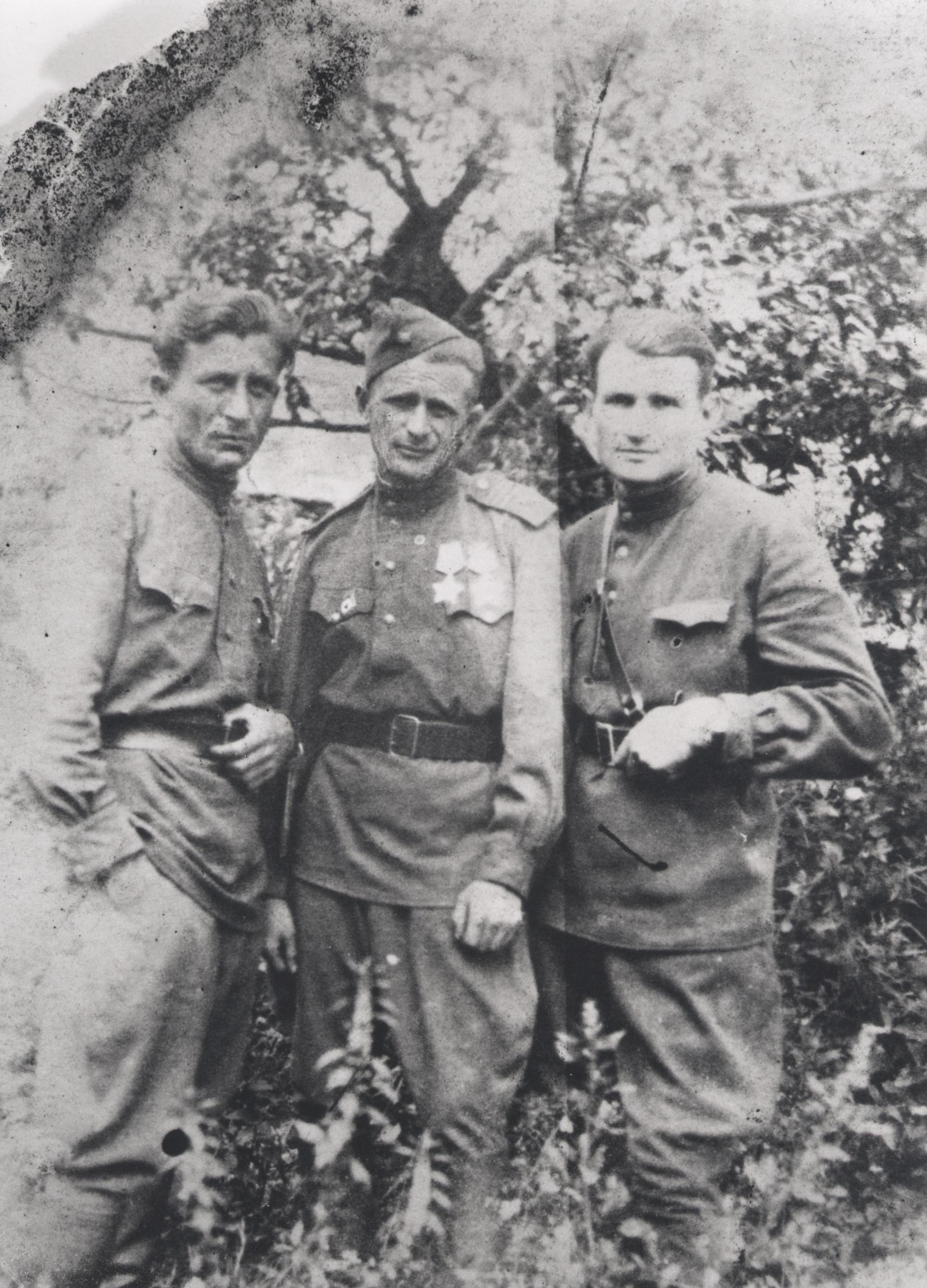 The partisans had to scavenge for food and supplies from nearby towns and farms. Once, Ed’s group found a mound of potatoes. They divided them up – one potato per person per day.

Ed and his group were inexperienced. One night as Ed and a few others returned from a foraging expedition on the outskirts of town, German soldiers followed them back to camp. When the Nazis attacked, the partisans who were awake escaped, but those who slept were killed by grenade explosions. Partisans also had to evade local residents who might trade them to the Polish police for a kilo of sugar or bottle of vodka.

Ed’s Jewish otriad (squad, in Russian) met the Kirov Otriad, a Soviet partisan group. Encounters with other partisans could be dangerous since many non-Jewish groups fighting for their own political and nationalistic reasons were anti-Semitic. Ed decided to enter the Kirov Otriad because it was larger, well-armed, and better at finding food. During one mission, after a non-Jewish partisan helped Ed up the muddy bank of a river and realized he had helped a Jew, he said, “Why did I have to stretch my hand out to a Jew – and save another one?"

The partisan groups sabotaged the Nazis. They destroyed telephone lines and railroad tracks whenever possible. Loaded down with ammunition and weapons, Ed’s otriad could cover about 21 miles a night.

On the rainy and windy afternoon of June 5, 1944, Ed’s otriad marched along with many other partisan groups for miles and stopped close to the Moscow-Berlin railroad tracks. Small groups were each given four sticks of dynamite which they placed at the tracks, lit the fuses with their cigarettes, and blew up the railroad for miles. Later they learned their operation coincided with D-Day, the allied invasion of Europe.

By the end of the war, Ed had completed about 25 missions. The Soviet government honored Ed with two military decorations for his valiant fight against the Nazis.

When the Soviets routed the German army from Pruzhany, Ed returned home and found the town burned and nearly destroyed. Ed reunited with Ann Pomeraniec, who had survived Auschwitz, and they married in 1946.

There were few other Jewish survivors in Pruzhany. The non-Jewish residents were extremely hostile to returning Jews, and one said to Ed, “Why did you live and come back?” Ed and Ann left for Stettin (Szczecin) near the newly reconfigured border with Germany. Ed helped smuggle Jews out of Poland.

Jewish agencies in Seattle sponsored Ed and Ann. They came to the United States in 1949. Ed and Ann raised their two daughters in Seattle.