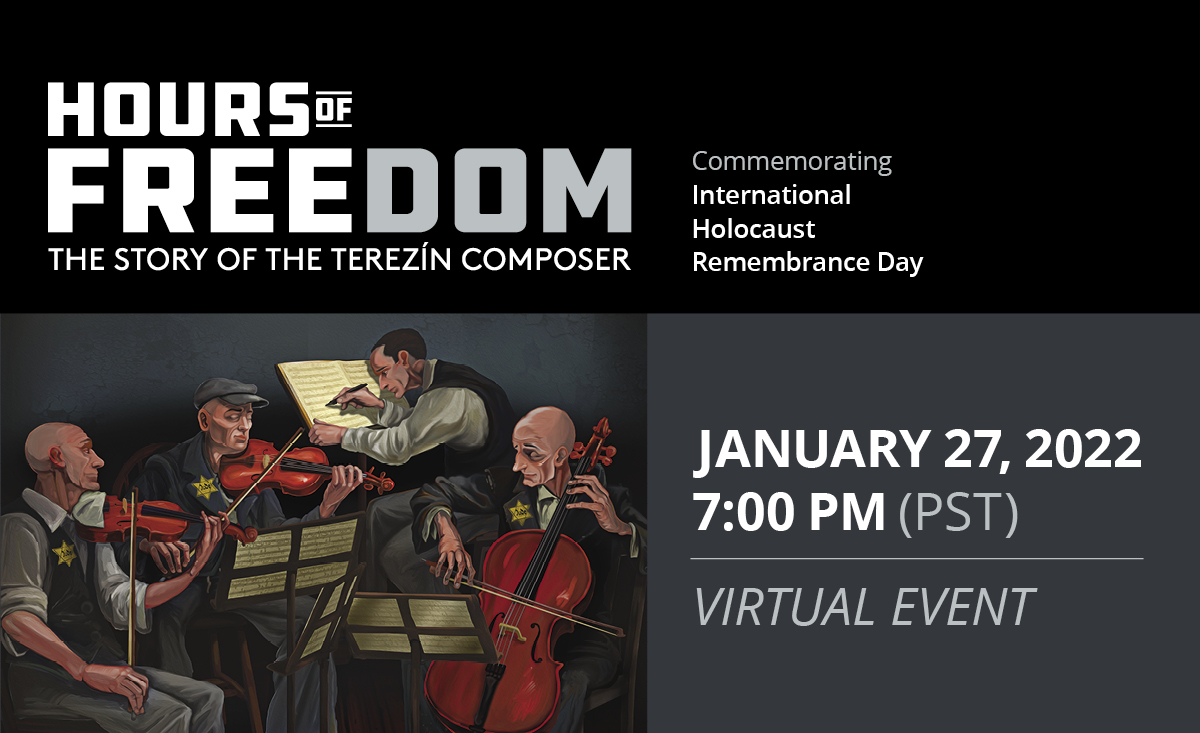 Closed captioning will be available.

*Due to the increasing number of Covid-19 cases, this event will be held virtually.

Hours of Freedom: The Story of the Terezín Composer highlights music by composers who continued to write new music while imprisoned in the Theresienstadt (Terezín) Concentration Camp during World War II. Aware that their lives were fragile, and that deportations to the east were a constant reality, Hours of Freedom explores their need to create this new music as affirmation of a future. Featuring works that miraculously survived, Hours of Freedom is presented as chapters with titles including “The Eyewitness,” “Fate,” “The Broken Heart,” and “The Messenger.” While some of the compositions reflect personal eyewitness accounts of the agony and suffering in Terezín, others express the assurance of a return to life as it was before the war.

Program is one hour in length, and includes musical performances with live commentary from Murry Sidlin, Conductor, and President and Creative Director of the Defiant Requiem Foundation. The program will be followed by a talk-back and q&a with Murry Sidlin.

Presented by The Defiant Requiem Foundation. The Defiant Requiem Foundation strives to promote awareness and understanding of the dangers of antisemitism, Holocaust ignorance and denial, by presenting the singular story, and one with universal application, of Rafael Schächter and prisoners in the Terezín Concentration Camp during the Holocaust who used music and art as an act of defiance to maintain their humanity, dignity, hope, and inspiration.  Using original performance art, documentary film, and educational materials geared for middle and high school students, the Foundation offers a unique approach to addressing contemporary issues of bigotry, human rights violations, mass atrocity and genocide crimes.

International Holocaust Remembrance Day: The United Nations General Assembly designated January 27—the anniversary of the liberation of Auschwitz-Birkenau—as International Holocaust Remembrance Day. On this annual day of commemoration, the UN urges every member state to honor the six million Jewish victims of the Holocaust and millions of other victims of Nazism and to develop educational programs to help prevent future genocides.

This program is made possible thanks to the generous support of Arlene Ehrlich.

We'd also like to thank the following Community Partners for their support toward this event: