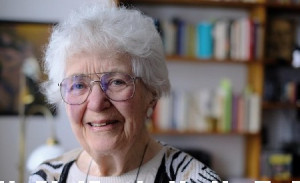 Born in Germany in 1927, Laureen and her family left Nazi Germany for Amsterdam in 1936. In her new neighborhood, Laureen became friends with Margot and Anne Frank, although she was closer to Margot. After the Holocaust, Laureen remained close to Otto, Anne's father and the only surviving member of the Frank family. Laureen and her family were able to avoid deportation because they obtained paperwork claiming they were not Jewish. Laureen's book, Shedding our Stars: A Story of Hans Calmeyer and How He Saved Thousands of Families Like Mine was published in 2019. Laureen moved to the United States in 1955 and later became a professor of Foreign Languages and Literature at Portland State University. She has consulted on many scholarly works, written articles and continues to lecture on the Holocaust, Anne Frank, and her own experiences.

Join Live on Zoom on July 7

Join us for our weekly Lunch-and-Learn series to hear children and grandchildren of Holocaust survivors, notable speakers on timely issues, and historical experts. Lunch-and-Learns will be offered at the same time every Tuesday. A separate link will be posted for each event. 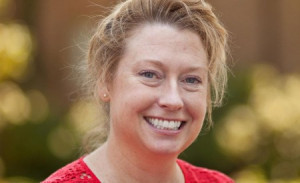 Tuesday, July 14 | Overlooked: People with Mental Illness and Disabilities During the Holocaust

With Dr. Beth Griech-Polelle
Among the programs the Nazi regime created was a secret project called "Aktion T-4" or the "Euthanasia Project" to rid themselves of the "unwanted" people. Not only did 70,000 adults and approximately 5,000 children die, but Hitler used these early mass killings as training for how he'd be able to efficiently and systematically commit genocide. Dr. Griech-Polelle is the Kurt Mayer Chair of Holocaust Studies at Pacific Lutheran University.

JOIN LIVE ON ZOOM ON JULY 14 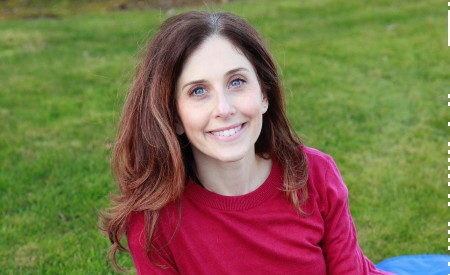 JOIN LIVE ON ZOOM ON JULY 21 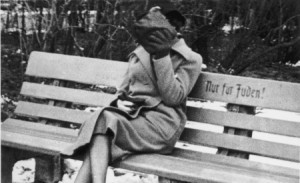 With Professor Tom White, Keene State College
Tom White is the Coordinator of Educational Outreach for the Cohen Center for Holocaust Studies at Keene State College in New Hampshire. He is a regular lecturer at Keene and throughout the country. He taught for 16 years at Keene High School before receiving a Fellowship to create his current position. He served on the Diocese of Manchester's Diocesan Ecumenical Commission for Interfaith Relations; serves on the Board of Directors of the Association of Holocaust Organizations (AHO); has participated as observer and facilitator in the Global Raphael Lemkin Seminar for Genocide Prevention at the Auschwitz Institute for Peace and Reconciliation; received NEA New Hampshire’s Champion of Human and Civil Rights Award in 2009; and in 2015 was named a Peace Ambassador by the Center for Peacebuilding from Bosnia and Herzegovina.  Image at right: A Jewish woman sits on a bench marked "Only for Jews," Austria, 1938. 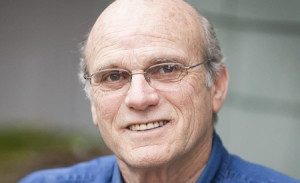 Peter Metzelaar, a native of the Netherlands, was just seven when his entire family was seized by the Nazis except for him and his mother, Elli.  Pete then endured the Holocaust under various harrowing circumstances -- from time in hiding on the farm of a non-Jewish couple, to going to school posing as a Christian boy, to a daring escape on a Nazi truck with his mother dressed as a Red Cross nurse.  Pete is a longtime member of the Holocaust Center for Humanity Speakers Bureau and resides in Seattle with his wife, Bea.

Catch up on the presentations you missed!

Set against the turbulent backdrop of a segregated United States, sixteen black men and two black women are torn between boycotting the Olympic Games in Nazi Germany or participating. If they go, they would represent a country that considered them second-class citizens and would compete amid a strong undercurrent of Aryan superiority that considered them inferior. Yet, if they stayed, would they ever have to chance to prove them wrong on a global stage?

Thank you to our community partners for this week's program: The Northwest African American Museum | The Ray Wolpow Institute for the Study of the Holocaust, Genocide, and Crimes Against Humanity at Western Washington University | The Jewish Federation of Greater Seattle | Temple De Hirsch Sinai | Jconnect Seattle | Temple B'nai Torah | Herzl-Ner Tamid | Temple Beth Am

June 23, 2020 | Barbara Adler West: Daughter of a Kindertransport Survivor
After her grandfather was arrested and imprisoned in Sachsenhausen in 1938, the family desperately looked for avenues to escape Germany. At only 9 years old, Barbara's father Steve was sent alone on the Kindertransport (children's transport) to England. Kindertransports were organized with British government sanction, giving refuge to approximately 10,000 mostly Jewish children from Nazi occupied countries.  Barbara Adler West is an attorney, a mother, and recently started a non-profit organization to help folks in need with elder law. She is also the co-author, with her father Steve, of a 2017 book about families and aging, “When I Need Your Help I’ll Let You Know.” Barbara is very proud to share her father’s story as a Legacy Speaker in the Center’s Speakers Bureau.

Thank you to our Community Partner on this program Temple Beth Am.

June 16, 2020 | Race, Equity, and Holocaust Education
A conversation with three changemakers who are advocates of Holocaust education and who are working in Washington's school system to raise awareness of systemic racism and close the education and opportunity gap for students of color. |List of books and resources mentioned in this program

Thank you to ParentMap Live  and the Bill & Melinda Gates Foundation Discovery Center for partnering with us on this program!

June 9, 2020 | "Real Nazis of the Northwest - 1933-1941" with Knute Berger
Nazism in the Northwest is not a new phenomenon. You’ve heard of the heroic UW rowers called “the Boys in the Boat” who beat the Nazis at the Berlin Olympics. This talk will introduce you to another group Knute Berger calls the Fascists in the Forest. We will look at the pre-World War II era in Seattle and the major players in local and West Coast fascism, focusing on representatives of the Third Reich, their propaganda efforts here, and the activities of William Dudley Pelley who headquartered his 1936 presidential campaign in Washington State in his bid to become the “American Hitler.” The talk is based on a series of stories Knute Berger wrote while researching our region’s political past for Crosscut and for his KCTS9 video series, “Mossback’s Northwest.”

June 2, 2020 | Propaganda vs. News
We are bombarded with theories, opinions, and a rapidly changing news cycle. While we have exposure to more media now than ever, we are faced with many of the same challenges of previous generations - how to evaluate and think critically about the news and media we are consuming.  What does it mean to be news-literate? John Silva, Director of Education at The News Literacy Project will share tips for being reliably informed. Holocaust Center for Humanity docents Marcy Bloom and Carl Shutoff will take a deep dive into a few examples of propaganda during the Holocaust that are part of the Holocaust Center for Humanity's collection.

May 26, 2020 | "Implications of COVID-19 for Atrocity Prevention" with Dr. James Waller
While COVID-19’s impact continues on a global scale – economically, socially, politically, and existentially – it will be particularly felt in deeply divided, fragile, conflict-prone, or at-risk societies.  In such societies, it is absolutely vital that policy measures be taken for preventive action before risk escalates to the point of mass atrocity.  This presentation will review some of those pressure points related to governance, economic conditions, and social fragmentation.  The pandemic, and its potential to serve as a trigger for mass violence, makes our shared work of atrocity prevention more urgent than ever.

Dr. James Waller is Cohen Professor of Holocaust and Genocide Studies at Keene State College (NH). He also serves as Director of Academic Programs for the Auschwitz Institute for the Prevention of Genocide and Mass Atrocities, a leading international NGO in the field.  He is the author of six books, most notably Becoming Evil: How Ordinary People Commit Genocide and Mass Atrocity (Oxford University Press, 2007). His newest book, due out later this year from Oxford University Press, is A Troubled Sleep: Risk and Resilience in Contemporary Northern Ireland.

May 19, 2020 | Michal Lotzkar: A Father's Siberian Exile
Michal Lotzkar, daughter of Polish Holocaust survivor Arieh Engelberg, who survived numerous labor camps before eventually finding refuge in Israel after the Holocaust, shares her family's story of survival, determination, and luck. Michal is a member of the Holocaust Center's Speakers Bureau.

May 12, 2020 | NAZI HUNTERS with author Neal Bascomb
In 1945, at the end of World War II, Adolf Eichmann, the head of operations for the Nazis’ Final Solution, walked into the mountains of Germany and vanished from view. Sixteen years later, an elite team of spies captured him at a bus stop in Argentina and smuggled him to Israel, resulting in one of the century’s most important trials, one that cemented the Holocaust in the public imagination. Author Neal Bascomb turns his investigative research into a captivating narrative in his award-winning books Hunting Eichmann and Nazi Hunters.  Special thanks to our partner The Queen Anne Book Company for supporting this program.

May 5, 2020 | Clarice Wilsey: Letters from a Dachau Liberator
Clarice Wilsey, daughter of Army physician Captain David Wilsey, M.D. who was one of 27 doctors who entered Dachau concentration camp at liberation, shares her father's story.  Clarice is a member of the Holocaust Center's Speakers Bureau.

April 7, 2020 | Naomi Newman: My Family's Resilience
The daughter of two survivors, Naomi Newman tells the stories of her parents from primary source documents and historical records. Naomi is a member is of the Holocaust Center's Speakers Bureau.

March 31, 2020 | Arik Cohen: Grandson of Four Holocaust Survivors
Arik Cohen is the grandson of four Holocaust survivors, shares their incredible stories of survival and luck. Arik is a member of the Holocaust Center's Speakers Bureau.