A Luminous Journey: The Art of Maria Frank Abrams

A Luminous Journey: The Art of Maria Frank Abrams 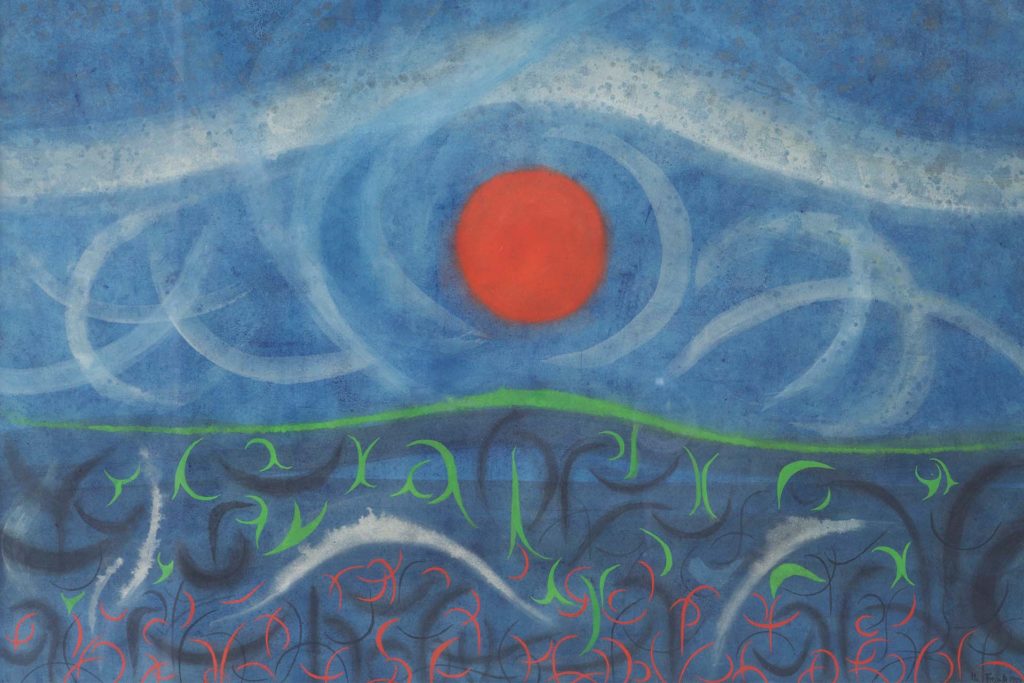 Elemental Sphere, 1972. Casein on paper. Collection of the Estate of Maria Frank Abrams.

Maria Frank Abrams (1924-2013) was one of Seattle’s most accomplished artists. Born in Hungary, she survived the Holocaust and came to the United States in 1948 to attend the University of Washington School of Art. After graduation, she began a highly successful career that would include numerous group and solo exhibitions.

Abrams’ art is a triumph of affirmation over adversity. She possessed an extraordinary talent for composition and design and her work is infused with the atmospheric light and energy of the Northwest. She exhibited frequently in prominent venues and designed sets and costumes for several local opera productions. In 1966 Abrams was included in the Governor’s Invitational exhibition which traveled to Kobe, Japan.  She was also honored with a solo retrospective at the Vizualart Galeria in Budapest, Hungary in 1992. A posthumous exhibition of the artist’s works was held in 2015 at the Los Angeles Museum of the Holocaust.

Cascadia Art Museum is featuring over forty original works in a variety of mediums such as oil, watercolor, printmaking and drawing selected from the Abrams family collection. The Holocaust Center for Humanity is pleased to partner with Cascadia Art Museum in the presentation of this exhibit.